The scientific name of banana is Musa sapientum Linn. Other names include kela( in hindi),

– High potassium content – a medium banana contains about 450 mg of potassium. (Because of potassium homeostasis in the body, 40K ingested is balanced by 40K potassium excreted. The net dose of a banana is zero.)

• The ripe fruit is laxative, demiulcent, and nutrient.

• Unripe fruit is cooling and astringent.

• Root is antibilious and alterative.

• Juice of the plant is styptic.

• Because of its high potassium content, bananas are naturally slightly radioactive, more than other fruits.

– The “puso” (male inflorescence) of saba is extensively used as a vegetable.

– Unripe fruit is sugared and candied.

• Young leaves used for cool dressing of inflamed and blistered surfaces and as cool application for headaches.

• Mucilage prepared from seeds used for catarrhal and mild inflammatory forms of diarrhea.

• Juice of tender roots used as mucilage for checking hemorrhages from the genitalia and air passages.

• In China, juice of roots used as antifebrile and restorative.

• Juice of the trunk applied to scalp to increase hair growth and prevent hair from falling.

• In West Africa, used for diarrhea.

• In Gambia, sap of inflorescence used for earaches.

• In the Gold Coast, sap from roots given as enema for diarrhea.

• In Cambodia, Java and Malaya, juice from trunk used for dysentery and diarrhea.

• Juice from flowers, mixed with curds, for dysmenorrhea and menorrhagia.

• Flour made of green bananas used for dyspepsia with flatulence and acidity.

• Ripe fruit, mixed with half its weight in tamarinds and a little salt, is a valuable food in chronic dysentery and diarrhea,

• Sap of the flower used for earaches.

• In Bangladesh used for treatment of diarrhea.

• In Western Ghat in India, leaves are used for bandaging cuts, blisters and ulcers.

• In traditional medicine in India, used for diabetes.

• Used as hemostatic in Brazil and India. 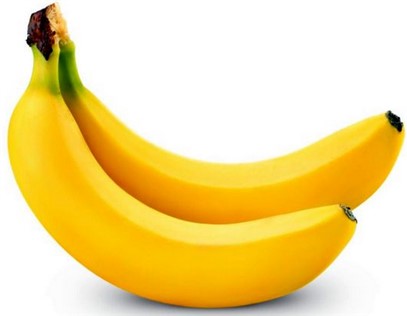 Study on the green fruits of M paradisiaca indicate it possesses hypoglycemic activity and lends credence to its Nigerian folkloric use for diabetes.

Study on the unripe plantain extract of M sapientum and unripe pawpaw meal showed alteration of the gastric phospholipid profile and through a prostaglandin pathway may have a profound effect on the gastroduodenal mucosa and implications for gastric and duodenal ulcers in rabbits.

Study in mice showed AMS prevented convulsions possibly through prevention of inhibition of vitamin B6 metabolism with subsequent increase in GABA synthesis in the CNS or due to facilitatory effect on GABAergic neurons – an effect mediated by the antioxidant potential of phytoconstituents present in the AMS.

A water extract of pulp of ripe M. sapientum was reported to have significant anti-allergic activity on antigen-induced degranulation in RBL-2H3 cells with an IC50 value of 13.5±2.4

Study evaluated various extracts of stems on Musa paradisiaca stem on haematological parameters in albino Wistar rats. There was a significant increase in levels of RBC, PCV, and Hb. Findings indicate phytochemicals that stimulate the formation of erythropoeitin. Results showed stem extrude of M. paradisiaca contain phytochemicals that could be responsible for haematopoeitic and immunomodulatory property.

Study evaluate the hemostatic properties of M. sapientum sap and its mechanism of action. Results suggest the hemostatic effect results partly from vasoconstriction and also from the formation of a protein network that serves as a focal point for cell aggregation that works together in stopping bleeding.

Study evaluated the antidiabetic and antihyperlipidemic effects of the stem of M. sapientum in STZ induced diabetic rats. Treatment with lyophilized stem juice resulted in significant decrease in FPG and PPG, with increased serum insulin, decreased HbA1C, with restoration of lipid profile, muscle and liver glycogen and enzymatic parameters to near normal levels.