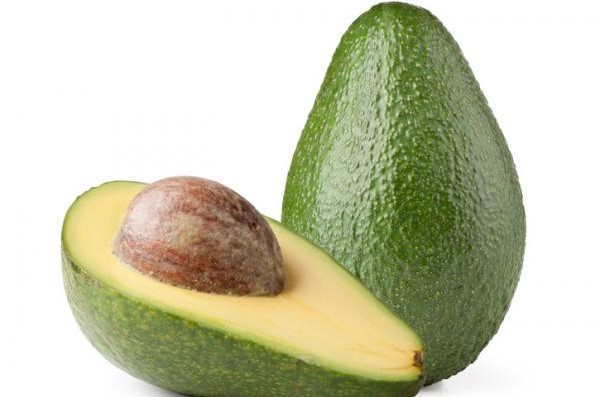 The scientific name of the avocado is Persea americana Mill.

Avocado is a medium-sized tree reaching a height of up to 10 to 15 meters. Leaves are alternate, leathery, oblong to oval or obovate, about 20 centimeters long. Flowers are small, yellow, borne in naked, panicled hairy cymes. Stamens are 12, in groups of 3 in 4 whorls. Fruit is large, fleshy, elongated, of various sizes and shapes, often resembling a pear, 8 to 18 centimeters long, some weighing as much as two kilos, soft and edible, with a nutty flavor, color varying from yellow-green to purple.

– Introduced from tropical America before the end of the sixteenth century.

– Usually grown from seeds, but may be propagated by budding, grafting, and marketing.

– Leaves contain a volatile oil,, 0.5%, with methyl-chavicol, d-d-pinene and paraffin.

– Seed is rich in saponins, tannins, flavonoids and alkaloids.

– Pulp considered to have aphrodisiac and emmenagogue properties.

• Fruit eaten with a dressing as a salad.

• A good source of vitamins A, some B, C and E, potassium (higher than bananas) and fiber ; fair source of iron; low in calcium. A fruit with high-energy producing value, each edible pound allegedly provides an average of 1,000 calories.

• Fat content averages about 20 percent and increases with maturity of the fruit. The digestibility of the fat is comparable to that of butter fat.

• The caloric or energy-producing value of avocado is high. One pound of edible portion represents an average of 1,000 calories. The maximum yield is about twice that of lean meat.

• High in fat, about 25-35 gms on average. however, about 65% of it is health-promoting monosaturated fat, particularly oleic acid.

• Mineral content is considered greater than in any other fresh fruit. Salts of sodium, potassium, magnesium, and calcium compose more than one-half of the ash. It yields an excess of base-forming elements, compared to nuts which furnish an excess of acid-forming elements.

• Protein content, which averages 2%, is higher than any other fresh fruit.

• Leaves used as a substitute for tea.

• The pulp is thought to promote menstruation.

• The pulp is used to hasten the suppuration of wounds.

• The pulp is considered aphrodisiac and emmenagogue.

• Decoction of pulverized seeds used as gargles for toothaches; also, a piece of the seed placed in the cavity of the tooth to relieve toothaches.

• The leaves and bark promote menstruation; the tea has been used to expel worms.

• Used for diarrhea and dysentery.

• Rheumatism and neuralgia: Pulverize seeds or bark, mix with oil and apply on affected area as counterirritant.

• Flesh of ripe fruit is soothing to sunburned skin.

• In different parts of the world, has been recommended for anemia, exhaustion, high cholesterol, hypertension, gastritis and duodenal ulcers. The leaves have been reported effective as antitussive, antidiabetic, antiarthritic and antiinflammatory.

• In Mexico, rind of the fruit used as anthelmintic. In the form of a liniment, used in intercostal neuralgia. Seeds, crude or toasted, are used to treat skin rashes, diarrhea, asthma, hypertension, rheumatism, and dysentery caused by helminths and ameobas,

Hypoglycemic activity of aqueous leaf extract of Persea americana: A Nigerian study revealed that the leaf extract contained various pharmacologically active compounds such as saponins, tannins, phlobatannins, flavonoids, alkaloids and polysaccharides. Although the results were incomparable to the reference drug (chlorpropamide), it confirms the ethnomedical use of the plant for diabetes management. More studies are needed to identify the hypoglycemic principles and its mechanism of action. (2)

Study of avocado leaves isolated an active principle, persin. Previously shown to have antifungal properties and to be toxic to silkworms. At high doses, persin can induce mammary gland necrosis and myocardial fiber necrosis, the mechanism for which still remain to be resolved.

Study of unripe avocado fruit isolated three major bioactive constituents which showed activity against six human tumor cell lines with selectivity for human prostate adenocarcinoma, with one compound being as potent as adriamycin. also, one compound was shown to be more effective than rotenone, a natural botanical insecticide, against yellow fever mosquito larva.

Study showed restorative effect of the ethanolic extract on pancreatic islet cells. Results suggest a potential for the management of diabetes.(14)

Study showed that P americana has the potential to interfere with the adhesion of all the oral bacteria in host epithelial surfaces. Its significant inhibition property suggests that like cranberry juice, avocado juice can also be consumed to avoid urinary tract infections with E coli. (16)

(1) Study showed treatment with various doses of a methanolic extract of Persea americana seeds caused a significant reduction in the levels of TC, TG, LDLC, and VLDLC while the levels of HDLC increased significantly. (17)

Study evaluated the wound-healing activity of a fruit extract in rats. Results showed the rate of wound contraction, epithelialization time together with hydroxyproline content and histological findings support its use in the management of wound healing. (19)

Study in rats showed both aqueous and methanolic extracts of Persea americana were not potent enough to reduce gastric acid secretion in rats but inhibited histamine-stimulated acid secretion probably by inhibition of H2-receptors. (21)

Studies have shown phytochemicals extracted from avocado fruit selectively induce cell cycle arrest, inhibit growth, and induce apoptosis in precancerous and cancer cell lines. This study suggest phytochemicals from the fruit have a potential as a chemoprotective ingredient for lowering the side effect of chemotherapy like cyclophosphamide in cancer therapy. (22)

Study evaluated the histopathologic effects of P. americana leaf extract on liver and kidneys of rabbits. Histopath of the liver and kidney of recommended and high dosage groups were not different from the control suggesting the plant extract to be beneficial, except for loose stool suggesting increased bowel emptying. (23)

Study showed avocado oil is rich in oleic acid and essential fatty acids. When used in natura or in pharmaceutical formulations for topical use, avocado oil can promote increased collagen synthesis and decrease the numbers of inflammatory cells during the wound healing process. (26)

Study of an aqueous extract of leaves against ethanol/Hcl and indomethacin-induced gastric ulcer showed anti-ulcer effects, with significant reduction of ulcer index, possibly through a decrease in gastric secretion. (28)