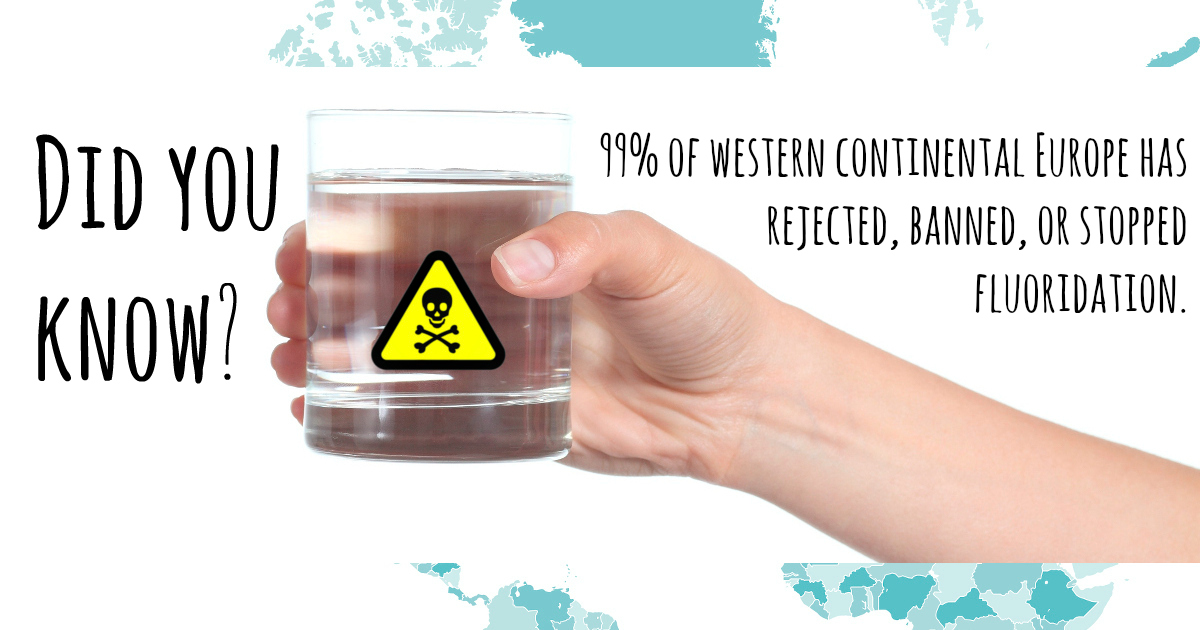 There are about 40 diseases researched with fluoride side effects. (Click on the study links to get more details) Some of them are

Study 2. Infant formula consumption may be associated with an increased risk of developing at least some detectable level of enamel fluorosis.

Fluoride deposits in the pineal gland with age and is associated with enhanced gland calcification.

Study 4. Infants fully formula-fed on formulae prepared with optimally fluoridated water (0.7-1.0 mg/L) have a high probability of exceeding the upper limit for fluoride and are at increased risk of dental fluorosis

Effect of water fluoridation on the development of medial vascular calcification in uremic rats.

Sodium flouride exposure during pregnancy may interfere with normal development and increase the risk of neurological and psychiatric disorders in adulthood.

Sodium fluoride administrated in drinking water of 2, 4, and 6 ppm concentration for 6 months to male rats adversely affected their fertility and reproductive system.

Study 15. Sodium fluoride may adversely affect early embryonic development by disrupting the methylation of H19 and Peg3 through downregulation of DNMT1.

Study 16. Fluoride is associated with hypothyroidism

Due to the ability of fluoride to inhibit the production of thyroid hormones, a transition to low exposure may result in hyperthyroidism associated psychosis.

Excess fluoride in drinking water and in the locally grown food in the affected areas might lead to chronic kidney diseases.

Excessive amounts of fluoride cause autophagy of HAT-7 cells, indicating that autophagy is involved in dental fluorosis.

Study 19. A study has shown that the toxicity of fluoride is determined by environmental conditions and the positive cations present. At a pH typical of gastric juice, fluoride is largely protonated as hydrofluoric acid HF. Industrial fluoride ingested from treated water enters saliva at levels too low to affect dental caries. Blood levels during lifelong consumption can harm heart, bone, brain, and even developing teeth enamel. The widespread policy known as water fluoridation is discussed in light of these findings.