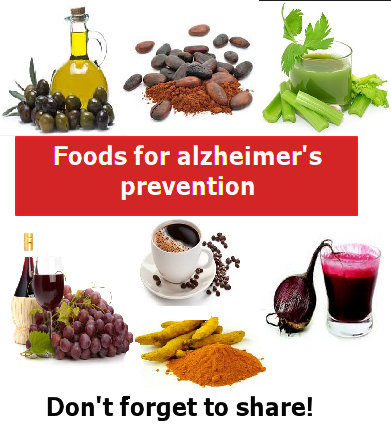 The latest research report suggested that, cognitive decline  does not happen  on sudden one day, but the brain from the beginning of the 20s will slowly start weaken. Followed by forgetfulness and other consciousness problems in the 40s.
However, irrespective of age – start taking control of health and work towards prevention or betterment of body. The clinical research shows that active intake of certain foods can prevent brain damage. Following are scientifically proven brain food, so start using them actively in your diet.

The use of extra virgin cold press olive oil in the Italian cuisine, Mediterranean cuisine and Spanish cuisine makes them more healthy.
The use of olive oil will reduces the risk of Alzheimer’s disease and bring longevity.

It also improves learning, memory and capable of reversing oxidative damage in the brain due to presence of polyphenols in it.

It is always recommended to use good quality of olive oil as quality do matters and handle oil properly as they tend to go rancid if not stored properly – which obviously won’t do any good.
So, next  time make pasta with good quality olive oil. Cacao is the raw form of chocolate. In a survey,the result of daily drinking of cacoa (in one day about two cups i.e 450ml), shows 8% in the first week, the first two weeks 10%, significantly increased blood flow to the brain.
It’s bitterness is because of presence of flavanols and exhibits neuroprotective and preventive effects.

3: Turmeric or Curry (curcumin) for Alzheimer’s

Indian or Asian cuisine uses yellow colored spice called turmeric.Turmeric has curcumin in it which act as an antioxidant, anti-inflammatory and lipophilic action improves the cognitive functions.
There are many other effects of curcumin such as decreased Beta-amyloid plaques, delayed degradation of neurons, metal-chelation, anti-inflammatory, antioxidant and decreased microglia formation.
So, its time to include turmeric or have Curry to protect brain cells.

Caffeine present in coffee not only improve cognitive ability, but also may prevent dementia.Be aware of caffeine addiction and drink in moderate amount. Decaffeinated coffee doesn’t have any good effect on Alzheimer’s disease though.
Other aspects of drinking coffee has already been covered in detail in separate article(linked).

A recent study in university of Oxford suggested the short term benefits of using coconut oil in Alzheimer’s and dementia patients .
This research supports Dr. Newport’s theory  which says that ketones, which are byproducts of the breakdown of fats in the body, play an important role in brain health.
The idea is that by boosting ketones, found in coconut oil, we can improve cognitive function.

Celery enhances the immune function of the body which protects the brain from aging disease.
As Age increases, body overthrow cytokines more than required because of which inflammation of the brain can happen easily.
This Inflammation causes memory loss and problem related to learning.
Celery contains certain substances which prevent excess secretion of inflammatory cytokines, thereby controlling its effect.

Beets are rich in nitrates. During the digestion stage, nitrates become nitrites .
This nitrite open blood vessels, improves blood circulation, provide oxygen to the tissues of oxygen deficiency.
Studies shows that people who have less nitrate in the diet in comparison with those who regularly intake beet juice has increase blood flow to their frontal lobe.

Folic acid, B6, B12 is essential vitamins for brain health. If not taken in enough amount, then there are increased chances of brain atrophy and other aged related problem like dementia due to increase in homocysteine ​level.
Studies related to Vitamin B12 shows increased blood flow levels and inhibit brain atrophy by 1/6.
So, intake of healthy food rich infolate  vitamin B6, Vitamin B12 for better health.

Regular intake of grapes as wine or grape juice can reduce the chances of suffering from Alzheimer’s disease actually about half.
Drinking a maximum of 1 cup of red wine for women and 2 cups for men is recommended.
However, research has also pointed out that drinking red wine too much can easily  cause hippocampus atrophy.
So excessive drinking is strictly forbidden.