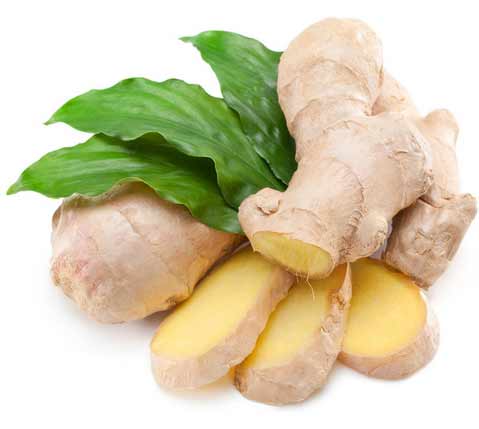 Ginger has natural pain relieving properties which makes it therapeutic for chronic pain . It helps by reducing sensitivity to painful stimuli  and effective treatment for pain management.

In a study, aroma-massage therapy with ginger and orange oil have potential as an alternative method for short-term knee pain relief.

Ginger has effective anti-bacterial activity against multi-drug clinical pathogens and can be used for prevention of drug resistant microbial diseases.

Gingerols, which are the major components of ginger, are known as to improve diabetes including the effect of enhancement against insulin-sensitivity and found useful in both types of diabetes. Taking ginger as dietary supplement act as anti-diabetic,  enhances insulin synthesis and has potential for the treatment of diabetes, without increased risk of hypoglycemia.

Ginger has a beneficial effect on insulin resistance , an excess of glucose in the bloodstream(hyperglycemia) and excess levels of insulin circulating in the blood than expected relative to the level of glucose (hyperinsulinemia) associated with fructose consumption.

Study has found that within 3 months supplementation of ginger improved glycemic indices, Total antioxidands capacity and PON-1 activity in patients with type 2 diabetes.

In another study ginger has a beneficial effect on type 2 diabeties and useful remedy to reduce the secondary complications in type 2 diabetic patients.

In a recent study, a statistically significant change from baseline for health related quality of life was detected after ginger essential oil inhalation.

Ginger is very useful in reducing symptoms of osteoarthritis of the knee.

Study has found comparable efficacy of standardized Ayurveda formulation and hydroxychloroquine sulfate (HCQS) in the treatment of rheumatoid arthritis.

Study indicated the ginger is effective in the reduction of severity of mood and physical and behavioral symptoms of PMS and suggested ginger as treatment for PMS.

Ginger is effective remedy to provide relief from all types of nausea including pregnancy, travelling or motion sickness, seasickness and acute chemotherapy-induced nausea.

Study has found ginger supplementation at a daily dose of 0.5 g-1.0 g significantly aids in reduction of the severity of acute chemotherapy-induced nausea in adult cancer patients.

Study has show that ginger reduces the tendency to vomiting and cold sweating due to seasickness significantly better than placebo.

Study indicated that ginger may act as a novel agent in the prevention and treatment of motion sickness.

In another study, ginger is more effective than vitamin B6 for relieving the severity of nausea, and is equally effective for decreasing the number of vomiting episodes in early pregnancy.

Ginger is useful in gastrointestinal disorders due to its spasmolytic activity and useful in hyperactive states of gut like colic and diarrhea.

Study has found that ginger has positive effects on inflammation and muscle soreness induced by exercise. It also helps to relief pain associated with it.

Ginger has broad anti-inflammatory properties which helps to prevent and treat chronic inflammations.

Ginger contains some powerful antioxidants which not only provide protection against free radicals but also capable of modulating oxidative stress.

Study has found that ginger compares favorably to the drug sumatriptan for migraine headaches, but with lower side effects.

Studies has show that  ginger consumption has anti-inflammatory, anti-hypertensive, glucose-sensitizing, and stimulatory effects on the gastrointestinal tract. This enhances thermogenesis and reduced feelings of hunger with ginger consumption, suggest a potential role of ginger in weight management.