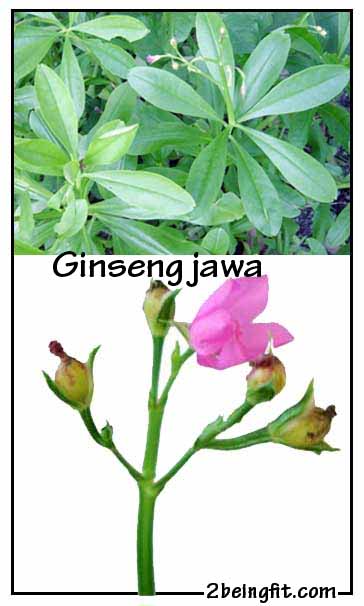 The  scientific name of the jewels of opar is Talinum paniculatum (Jacq.) Gaertn.

Common name might have been taken from the title of a novel by American writer Edgar Rice Burroughs, Tarzan and the Jewels of Opar. Another makes a reference to the ancient African city from which frankincense and gold were hauled by caravan to Solomon’s treasure.

Ginseng jawa is a fleshy, erect herb, growing to 50 centimeters. Leaves are in whorls, obovate-lanceolate, flat, glossy and bright green. Flowers are in terminal panicles, small and pink colored.

– A garden plant or ornamental hedge.

– In some places, has escaped the gardens to become weeds.

– Author’s mother told of a time during WWII when the leaves were used as food in times of scarcity.

– In some parts of Asia, used as a spice.

– In Asian traditional medicine, use extensively as a reproductive tonic.

– In China, it is cultivated as a medicinal herb.

– In Indonesia, used for liver and kidney problems.

Octacosanol has been isolated from the roots of Talinum paniculatum. Octacosanol is being investigated in humans for use as an antiviral for herpes and for the treatment of inflammatory skin diseases. It may be helpful with Parkinson’s disease, amyotrophic lateral sclerosis, heart disease and cholesterol reduction.

Study explored the estrogenic activity of T. paniculatum root and leaf extracts compared with 17ß-estradiol (E2) in an experimental model of menopause in adult bilaterally ovariectomized (OVX) rats. Results showed T. paniculatum possess estrogenic activity in the OVX rats, which can be helpful in naturally managing reproductive tissues regression during menopause via an herbal option without any toxicity.