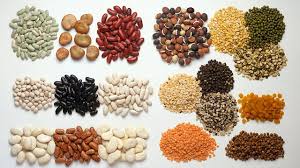 In our high school, we often learned a lot of things about biology and one of the basic things that we learned was regarding proteins.
Proteins as “building blocks of life” or “working unit of life”.  But as we grew up we tend to forget those important facts and start eating whatever thing that taste delicious irrespective of its nutritional fact and value.
During this process, we neglect or over hear what our body requires and rather become the victim of taste  which ultimately increase the carbohydrate levels of the body.
A study conducted on experimental animals with protein deficiency and increase carbohydrate level shows significant  gain of weight by 30% in 12 days. When body shows impairments in term of protein health, the body apparently resets its metabolic pathways to store fat.

Nowadays, the food market is flooded with the products which are high in refined sugar and carbohydrates . This won’t give  chance for high value protein rich food to enter in to our stomach as it is already filled with processed food.
In contrary there are a group of people who stop eating food so that they lose some pounds of weight  which doesn’t do any good to their body but make it more deficient in protein.
With protein deficiency the body reaches at catabolic state which break down the muscle tissue. Hence it reduces the capacity to burn fat due to less muscle tissue.
Now, let’s look at the impact of deficiency at cellular level of the body.
Protein deficiency in cells decreases the synthesis of positive-charged proteins first . This creates imbalance in metabolic pathways and nutritional health of the individual cell due to which helpful enzymes (which function as working units ) get disappears.
At this stage, the overall health of the body is compromised which makes your body more vulnerable to disease and aging process.
So, don’t underestimate the importance of protein and start eating it right away.
2beingfit