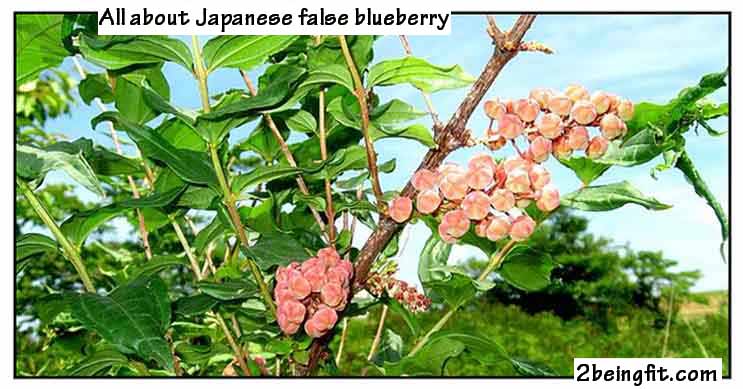 The scientific study of the Japanese false blueberry is Coriaria intermedia Matsum.

Japanese false blueberry is a shrub that grows from 1 to 3 meters high. Young branches are four-angled, reddish or pinkish. Leaves are ovate or ovate-lanceolate, 4 to 8.5 centimeters in length, 2 to 4 centimeters in width, blunt or rounded at the base and pointed at the tip. Flowers are small, about 2 millimeters long, greenish to reddish, borne on simple racemes 6 to 15 centimeters long. Fruit is composed of five very small cocci surrounded by fleshy, persistent petals and sepals of a bluish-black color, giving it a berrylike appearance.

– Found in ravines, at an altitude of 1,400 to 2000 meters in Bontoc, Lepanto and Benguet in the Mountain Province. 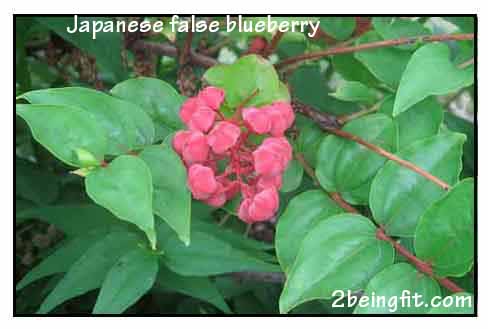 – Poisonous glucoside isolated from the leaves and fruit.

– Coriamyrtin is the same toxin found in high concentration in the berries of Coriaria myrtifolia, recognized as one of the most neurotoxic plants in the western Mediterranean area.

– Seeds of C. japonica yielded coriarin, a sesquiterpene lactone, together with tutin, dihydrotutin, and coriarin. (7)

– Plant known to be toxic and poisonous.

– Igorots reported to be acquainted with the toxicity of the plant.

– In Taiwan, used as folk medicine for gastrointestinal, rheumatism, and uterine cancer.

– Decoction of leaves and fruits known to be deadly poisonous.

– Common in pasture in the Mountain Province, has caused the death of cattle.

– In China, a mixture of crystalline sesquiterpenes, including coriamyrtin and tutin, has been used as muscle injection for the treatment of catatonia; also applied as shock therapy for schizophrenia. (see study)

Coriamyrtin which is present in the fruits of C. intermedia (up to almost 0.2%) is a bulbar and medullar stimulant. Symptoms of intoxication include epileptiform convulsions, myosis and dyspnea; a coma might follow, as well as death by respiratory or cardiac arrest.

Coriamyrtin is the same toxin found in high concentration in the berries Coriaria myrtifolia, recognized as one of the most neurotoxic plants in the western Mediterranean area – a few berries may induce digestive and neurologic manifestations including seizures, coma and apnea.

– Coriatin: Coriatin, isolated from the fruit juice is considered to be an analog of coriamyrtin.

Several studies have reported tutin as a major neurotoxin in the New Zealand shrubs of the genus Coriaria. Tutin has been isolated from the acetone extracts of achenes from the Coriaria japonica berries.

A sesquiterpene lactone, coriarin, was isolated from the achenes (seeds) of Coriaria japonica, along with known constituents tutin, dihydrotutin, and coriarin.