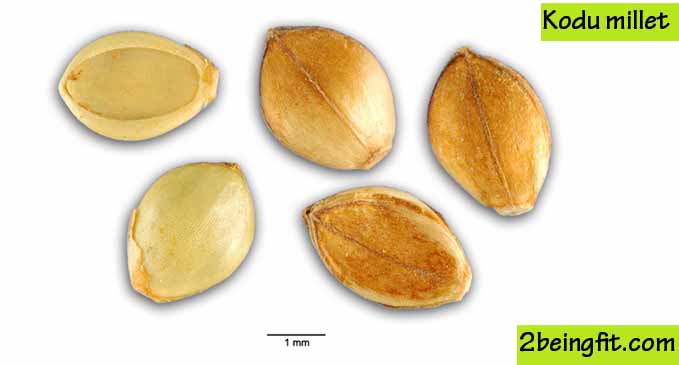 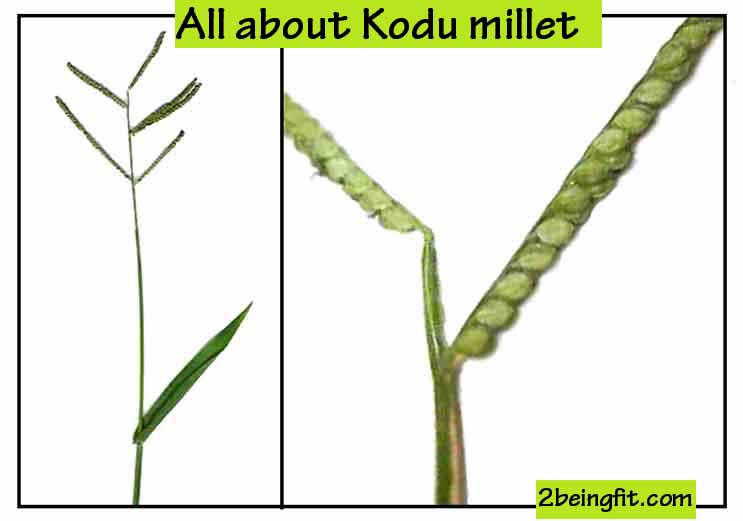 The scientific name of the kodo millet is Paspalum scrobiculatum Linn. It is also known as Creepiing paspalum, and Water couch.

– Mostly in open grasslands at low and medium altitudes, ascending to 1,500 meters throughout  many parts of the world.

– Studies on the proteins of five varieties of kodo millet showed hardly any varietal differences. Study showed gluteln to be the major storage protein. Lysine is the most limiting amino acid followed by methionine and cystine. (see study)

– A staple food in some parts of Africa and North India.

– Juice expressed from the stem used for corneal opacities.

– Decoction of roots and rhizomes used as alterative in childbirth.

– In India, in cases of poisoning, eating of the grains of the grass is prescribed.

– Grains used in the treatment of diabetes.

Study of aqueous and ethanol extracts in rats with alloxan-induced diabetes showed a dose-dependent fall in fasting blood glucose. Treatment also showed a significant increase in liver glycogen and a significant decrease in glycated haemoglobin levels.

(2) potentiated the effect of hexobarbitone in mice

(3) produced hypothermia in mice and rats

Previous acute and subacute toxicity study in animals showed a considerable margin of safety. In this study, a dried ethanol extract of husk of Paspalum scrobiculatum grain was given to forty psychotic patients in a double blind control, cross over method. The extract was found to have a tranquilizing effect on patients.

• Wound Healing: Study in animals showed a paste from P. scrobiculatum hastened wound healing. Significant increases in protein and collagen occurred at the wound area where the poultice was applied, with more rapid wound closure.

Six different millets were screened for free radical squenching of DPPH. Methanol extracts of the kodo millet flour showed 70% DOOH quenching compared to the other millet extracts that showed 15-33%.

The medicinal properties of the grain can be attirubted to quercetin and most of the phenolic acids. Quercetin, the flavonol present in the millet, is known to possess antidiabetc action. In vitro studies showed quercetin can reduce intestinal glucose absorption; block tyrosine kinase to potentiate both glucose and glibenclamide induced insulin secretion, and protect ß cell from oxidative damage induced by H2O2; partially prevent degeneration of ß-cells. Vanillic acid can help prevent the development of diabetic neuropathy by blocking the methylgloxal-mediated intracellular glycation system.

• Paspalum scrobiculatum is a millet that thrives in the poorest soil. The husk and leaves acquire a poisonous quality attributed to heavy rainfalls. Grain detoxification is achieved by a year of storage or by keeping it overnight in buffalo dung. After detoxification, it is dehusked, boiled and consumed after discarding the supernatant water.

• Accidental ingestion of the toxic grain causes CNS effects within a few hours: sleepiness, tremors and dizziness. Vomiting and abdominal colic may occur.