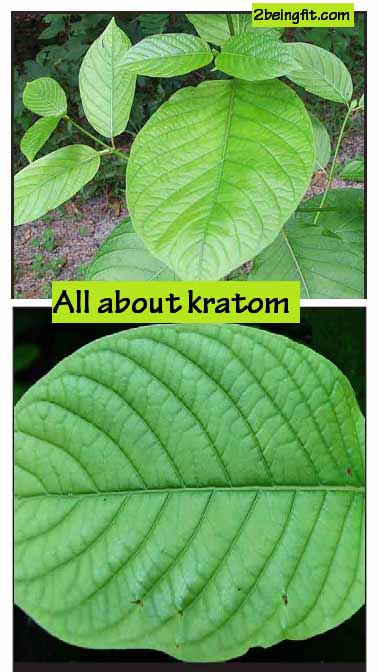 The scientific name of the Kratom is Mitragyna speciosa Korth.

– In forests at low altitudes.

– Over 25 alkaloids have been isolated from kratom. The three most abundant indole alkaloids are mitragynine, paynanthine and speciogynine. Mitragynine is the primary active alkaloid in the plant.

– Study of alkaloid constituents of young leaves have isolated mitragynine as the major constituent (66.2%), together with analogues, speciogynine (6.6%), speciociliatine (0.8%), and paynantheine (8.6%).

– Another indole, reported in the mid-90s, 7-hydroxymitragynine, C23H30,N2O5, is present in much lesser amounts, 2% of total alkaloids, but with the most potent opioid agonist and analgesic effect. On animal studies, the analgesic activity is reported to be 10x – 17x that of morphine. Other potency comparisons with morphine is from 6x, orally, with better oral absorption, and 2x, subcutaneously.

– Another analogue, 9-hydroxycorynantheidine, a 9-dimethyl analogue of mitragynine, showed a partial agonist effect on opioid receptors in guinea-pig ileum.

– Produces both stimulant and sedative effects.

– Of the major alkaloids, mitragynine is a stimulant, and 7-hydroxymitragynine is sedative and analgesic acting primarily as an agonist at the u-opioid receptor.

– At low doses, it produces increased alertness and energy, talkativeness and sociable behavior.

– At high dose, it causes sedative and euphoric effects and a narcotic analgesic (opium-like) effect.

– A withdrawal syndrome may occur and manifest as emotional lability, hostility, aggression, aching muscles and bones, jerky movements of the limbs.

– CNS effects may include kratom psychosis, hallucinations, delusion, and confusion.

– Kratom consumption can lead to addiction.

– Thai and Malaysian natives traditionally consume the leaves by chewing, smoking, or drinking it as tea, mainly for its euphoric and stimulant effect.

– Poultice of leaves applied to upper abdomen used for expulsion of worms in children.

– Long used in tropical areas for its opium- and coca-like effects.

– In Thailand and Malaysia, reported use as stimulant, to combat fatigue and enhance physical endurance.

– Leaves used for fever, coughs, malaria, diarrhea and as tonic.

– In Malaya, leaves are chewed, prepared as tea or infusion from leaves, or smoked as dried leaves or kratom resin. Opium smokers use it as a substitute for opium when the latter is not procurable.

– As a drug, leaves are swallowed in a cup of cold water or infused with hot water and drunk as tea.

– Syrup may be smoked, in the manner of opium, in a pipe.

– Used to wean addicts off morphine.

– It is controlled in Thailand, Malaysia and Myanmar. In Australia, kratom and mitragynine were designated a ‘most restricted’ Schedule 9.

– In the United Kingdom, kratom is promoted as a “herbal speedball.”

Kratom has been reported as a traditional alternative to manage drug withdrawal symptoms in Malaysia. Report described it as affordable and easily available with no serious side effects despite prolonged use, and allows self-treatment that avoids stigmatization as a drug dependent. The claims merit further and serious scientific investigation, with the potential as a low-cost alternative therapy, especially in developing countries.

Study on analgesic and behavioral activities of the methanol and alkaloid extracts of Mitragyna speciosa showed it possessed analgesic activity which partly acted at opioid receptors in the supraspinal opioid system. It produced no significant prolongation of latency in nociceptive response.

Study results suggest that mitragynine possess sedative properties acting on the CNS of rats. The methanol and alkaloid extracts produced no significant changes in locomotor activity.

Data showed concentration-dependent inhibition of cytosolic GSTs when MS extract was added to the reaction mixture. Only MS aqueous extract at dosage of 100 mg/kg showed significant results. GSTs are dimeric enzymes involved in the detoxification of toxic and carcinogenic compounds in the cells. GSTs also act as antioxidant enzymes due to their selenium-independent GSH peroxidase activity.

Study showed methanolic extracts of leaves caused a dose-dependent protection against castor-oil induced diarrhea in rats and also inhibited intestinal transit. The anti-diarrheal effect was not antagonized by naloxone. The effect may occur via pathways in addition to the action on opioid receptors.

Study suggests that the chronic administration of mitragynine can alter cognitive behavioral function in mice.

Study in rodents suggests the presence of potent antinociceptive and anti-inflammatory principles in the methanol extract, with significant dose-dependent activity in all nociceptive models and dose dependent suppression of carrageenan-induced paw edema.

Study investigated the effects of mitragynine and a methanolic extract of kratom leaves on neuromuscular junction and compound nerve action potential. The ME and mitragynine blocked nerve conduction, amplitude and duration of compound nerve action potential. Muscle contraction was greater with with extract. The dominant effect of the K extract was at the neuromuscular junction and not at the skeletal muscle or somatic nerve.

Administration of the aqueous extract of MS at dose of 300 mg/K significantly inhibited ethanol-induced withdrawal behaviors such as rearing, displacement and head weaving. It also showed antidepressant activity without affecting spontaneous motor activity.

Study on alkaloid extract showed most potent inhibitory effect on CYP3A4 and CYP2D6.

Case report from Germany describes a 25-year old man who developed intrahepatic cholestasis after taking an overdose of kratom power.

Of 562 respondents, 88% reported daily use. The main mode of use was drinking of extract as tea, 90%. Mean age was 28.3. Reasons for use: social and recreational needs, stamina and physical endurance, pain relief and improvement of sexual performance. As for use in weaning off opiate addiction, 87% they were not able to stop using MS.

• Kratom / Drugs and Chemicals of Concern:

Kratom has been used by natives of Thailand and other Southeast Asian regions as a herbal drug for decades, traditionally leaf-chewing as a herbal stimulant to overcome the fatigue associated with hard work. It has also been used as an opium substitute. and also to manage opium withdrawal symptoms in chronic opioid users. In 1943, Thailand passed Kratom Act 2486 that made the planting of the tree illegal. In 1979, the Thai government enacted Narcotics Act B.E. 2522, placing Kratom with marijuana in Category V of narcotics. It continues to be a popular drug in Thailand, rating in December 2006, as the third most popular drug in southern Thailand, after methamphetamine and marijuana.

With its potential for use in opioid withdrawal management, study was done to investigate any potential mutagenic effect. Studies have suggested indole alkaloids to possess antimicrobial activity. Results showed high dose mitragynine and total alkaloid extract of M. speciosa inhibited the growth of revertant colonies, suggesting mitragyine and total alkaloids of MS were non- mutagenic with antimicrobial activities.

A 2012 review reports Kratom is still legal in the United States; the US Drug Enforcement Administration has placed Kratom on its list of “Drugs and Chemicals of Concern.”