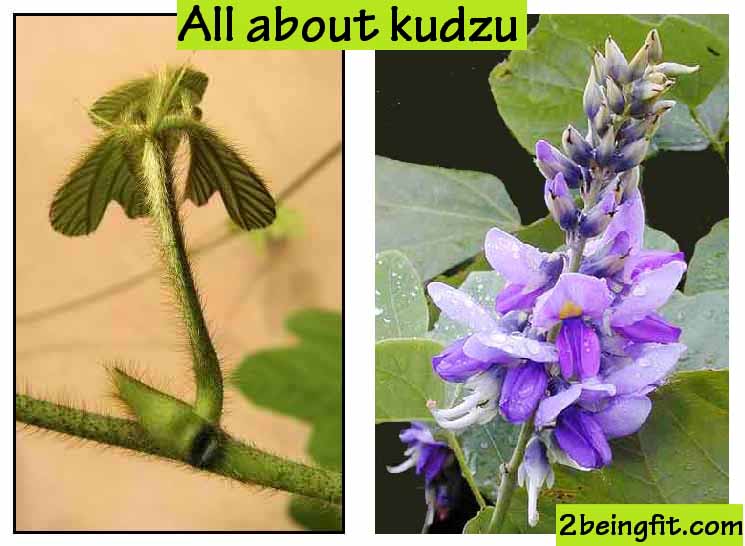 – Open grasslands and thickets, at low and medium altitudes, and in many regions ascends to 2,000 meters.

– Found in Bataan, Benguet, Quezon and the Rizal Provinces in Luzon; in Biliran; Banton; Negros and Mindanao.

– Also found in India to Japan southward to Malaya.

– A common food crop in Java, Sumatra, and Malay.

– In the United States viewed as an invasive plant.

• Roots have yielded more than 25 isoflavonoids and flavonoids, including daidzein, daidzin, and puerarin.

• Equal to alfalfa in nutritive value.

• Flour made from roots used in soups.

• Flowers cooked or made into pickles. Stems and young leaves eaten raw or cooked. (see study)

• Root of the plant is both food and medicine; however, above ground part is considered emetic.

• Use to counteract the effects of croton oil and other poisonous drugs.

• Leaves used on wounds as styptic.

• Shoots used to stimulate secretion of milk; applied to incipient boils and aphthous stomatitis in children.

• Every part of the plant used for skin rashes.

• Flowers used as diaphoretic and febrifuge.

• An ingredient in many traditional Chinese medicine formulas.

• In Chinese traditional medicine, used to treat tinnitus, vertigo, deafness, diabetes; used as a remedy for alcoholism and hangover; flowers used to detoxify the liver. Also used as diaphoretic and febrifuge. Root decoction used for colds, dysentery, and fever.

• Animal studies have shown daidzin and daidzein to diminish the craving for alcohol. Chinese Pharmacopoeia suggests 9-15 grams of kudzu root daily. However, results of use and supplementation in humans have shown conflicting results.

• Feed: Kudzu is primarily grown for pasture, hay, and silage; palatable to all types of livestock.

• Flour: In China and Japan, Ko-fen flour is obtained from tuberous roots

• In the U.S. kudzu is used to make soaps, lotions, jelly and compost.

• Fiber: Fiber obtained from the stems; studied for potential use as wallpaper, clothing and paper. Cultivated in China and Japan for its textile fiber and root.

• In the U.S., kudzu used to make soaps, lotions, jelly, and compost. Considered a potential valuable asset for the production of cellulosic ethanol.

• Used for erosion control and soil improvement on banks.

Study investigated the immunosuppressive effect of kaikasaponin III (KD-III) saponin in the diabetic rat. KS-III prolonged bleeding time and plasma clotting time in STZ-treated mice and increased TF (tissue factor) activity. Results showed its hypoglycemic and hypolipidemic effects may be due to up-regulating or down-regulating antioxidant mechanisms via changes in enzyme activities.

In a study comparing HRT and Pueraria lobata, the results did not demonstrate scientific basis for use of PL for postmenopausal health in general. However, cognitive improvements were noted. Both showed improvement in Mini-Mental State Exam and attention span. Also, HRT improved delayed recall, while PL improved flexible thinking.

• Suppression of Alcohol Intake and Withdrawal:

In a study of Kudzu root in alcohol-preferring rats showed a 50-60% reduction in alcohol consumption and abolishment of withdrawal symptoms.

In a study of male and female “heavy” alcohol drinkers, kudzu treatment resulted in significant reduction in the number of beers consumed, with decrease volume of each sip, and increase in the number of sips. Results suggest the plant may be a useful adjunct in reducing alcohol intake in a naturalistic setting.

Tectoridin from the flowers of P. thunbergiana is metabolized by human intestinal microflora into tectorigenin. Study in rats showed the main metabolite tectorigenin potently inhibited the passive cutaneous anaphylaxis reaction and inhibited in vitro release of IgE-induced beta-hexosaminidase from RBL-2H3 cells. Results suggest tectoridin is a prodrug, and presents as a candidate for an antiallergic drug.

Kudzu may be protective to the neurons. Daidzin has been shown to inhibit serotonin and dopamine metabolism. Puerarin has shown an improvement effect against memory impairment in an aging-mice model induced by D-galactose.

Extracts of kudzu containing a variety of isoflavones have been shown to reduce alcohol drinking in rats and hamsters.

Isoflavone constituents have shown both estrogenic and antiestrogenic activity.

Study evaluated the benefits of D&G–Danshen (dried root and rhizome of perennial herb Salvia miltiorrhiza) and Gegen (dried roots of Pueraria lobata) as adjunctive therapy on atherogenesis in high-risk hypertensive individuals. Results showed D&G to be well tolerated and significantly improved atherogenesis in high-risk hypertensive patients, with a potential in primary atherosclerosis prevention.

Study evaluated the brain penetration and pharmacokinetics of five active isoflavonoids—puerarin (PU), 3′-methoxypuerarin (MPU), 3′-hydroxypuerarin (HPU), daidzein (DA) and daidzein-8-C-apiosyl-(1-6)-glycoside (DAC)—in the ventricular CSF and plasma of rats after administration of a Pueraria isoflavonoids (PIF) extract. Results showed the isoflavonoids can quickly penetrate to the brain through the BBB (blood brain barrier) and may be responsible for the neuro-pharmacological activities of P. lobata.

Root powder and root extracts in the market.