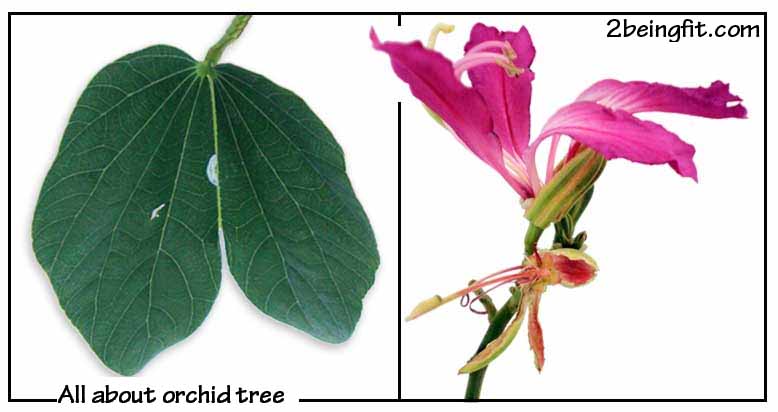 The scientific name of the orchid tree is Bauhinia variegata Linn.

The orchid tree is a genus of more than 200 species. The genus was named after the Bauhin brothers, Swiss-French botanists. The leaves share the double-leaf configuration of a heart, or more popularly, that of a butterfly.

The Hongkong orchid tree (Bauhinia blakeana is named after one of the British Governors of Hongkong, Sir Henry Blake, 1898-1903) and is now the floral emblem of Hongkong. The flower looks like an orchid, and thus has earned the name “Orchid Tree.” It is usually sterile, and debated as of hybrid origin between Bauhinia variegata and Bauhinia purpurea.

Bauhinia variegata is a moderate sized deciduous tree growing to a height of 10 meters or more. Leaves are alternate and lobed to one-third of their length, heart-shaped at the base with a deep cleft that divides the apex. Flowers are in short racemes, faintly fragrant, petals broad and overlapping, lavender to purple or white. Pods are long, narrow, flattened,10 to 15 centimeters by 1.5 to 2.5 centimeters, containing 5 to 10 seeds. 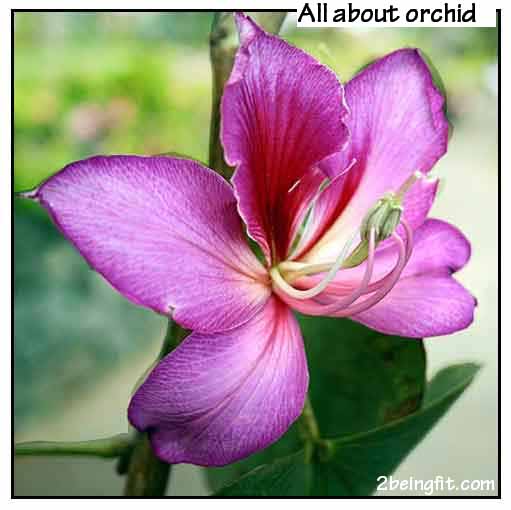 Bark is alterative, astringent and tonic.

In India, flower buds used as a vegetable dish.

– The bark is used for the treatment of skin diseases, scrofula and ulcers.

– The dried buds are used in the treatment of piles, dysentery, diarrhea and worms.

– Root is used as an antidote to snake poison.

– Decoction of the root used for dyspepsia.

– In India, powdered bark used as tonic, for strains, ulcers, skin disease. Also, extracts of bark used for treatment of cancer. Roots used for dyspepsia and as antidote for snake bites.

A study showed that the aqueous extract of Bauhinia purpurea leaves possesses potential pharmacologic activities that confirms the folkloric use of the plant for use in pain and inflammation.

Study isolated six flavonoids and one triterpene caffeate. The seven compound significantly and dose-dependently inhibited function involved in the inflammatory proceses. Results support the folkloric use of BV in its use for inflammatory conditions.

Study on the ethanolic extract of the stem bark of Bv showed significant increase in the primary and secondary humoral antibody response and show promise as an immunomodulatory agent, probably through stimulation of both the specific and nonspecific arms of immunity.

Study showed the presence of insulin-like properties in the leave of Bv. The activity of this insulin-like protein on serum glucoe levels in diabetic mice was similar to that of commercial swine insulin used a control.

Study showed significant anthelmintic activity by methanolic extract of B variegata against both mature male and female Haemonchu contortus.

Study of extracts of bark of Bauhinia variegata showed significant reduction in total cholesterol and LDL in Triton-induced hyperlipidemia in rats. The HDL increase was not significant.

Study of root extract showed an anti-obesity activity attributed to its hypophagic, hypoglycemic and hypolipidemic effect.

Study of B. variegata bark in mice showed a chemopreventive potential against DMBA-induced skin carcinogenesis.

Study of aqueous and ethanl extracts of BV against milk-induced leucocytosis and eosinophic in mice showed a significant dose-dependent reduction in total leucocyte and eosinophil counts suggesting an antieosinophilic activity.

Study of root extracts showed significant dose-dependent analgesic and significant anti-ulcer activity. The activities were attributed to the presence of flavonoids.

Study showed the extract of leaves of G. pentaphylla and Bauhinia variegata inhibited free radical scavenging activity. The effect was attributed to flavonoids, phenolics and other phytochemical constituents.

Study of ethanolic extracts of B. variegata and Glcosmis pentaphylla exhibited significant antipyretic activities in Brewer’s yeast induced pyrexia in rats. Activity was attributed to inhhibition of prostaglandin synthesis in the hypothalamus.

Study investigated the anticarcinogenic activity of B. variegata bark extract in a skin papilloma model in Swiss albino mice. Results showed a chemopreventive role for bark extracts against DBMA-induced skin carcinogenesis in mice with decrease in rate of tumor incidence, number of papillomas, tumor yield and tumor burden.

Study evaluated extracts of B. variegata generated through in vivo and in vitro processes for antibacterial and anticancer activities. Activity was greater against gram positive bacteria compared to gram negative bacterial. In vitro cytotoxicity screening showed inhibition of EAC mouse cell lines.

Study investigated the in vitro anticancer activity of a flavonoid rich fraction of an ethanolic bark extract on HeLa cell lines. Results confirm the induction of apoptosis by in malignant HeLa cell lines at a dose level of 191.5 µg/ml and also arrested the replication of cells at G0/G1 phase.