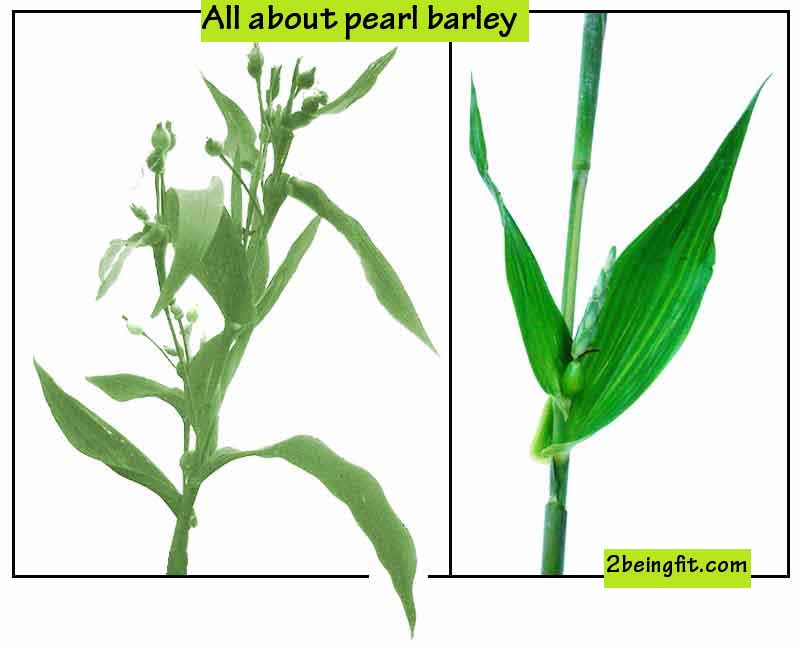 The scientific name of the pearl barley is Coix lachryma Linn.

• Study isolated 6 benzoxazinoids from the roots of CL 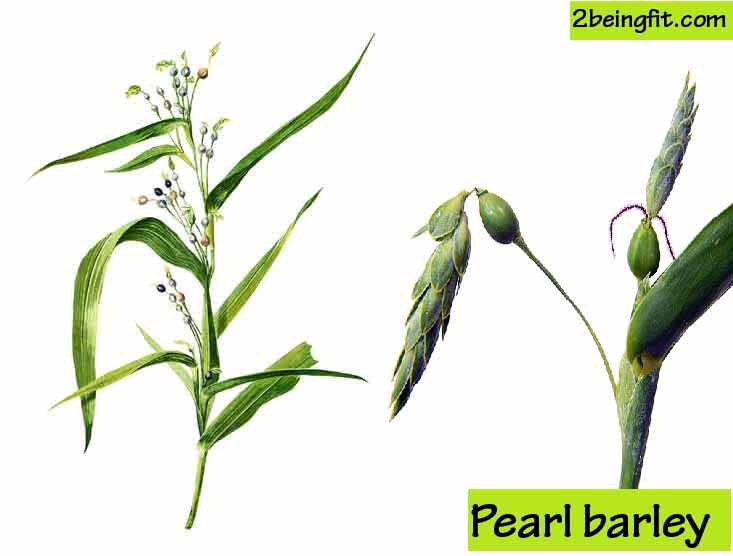 – Chief value of the plant is the edibility of the fruit. Grains are nutritious, with a higher content of protein compared to rice.

– Tea from the parched seeds.

– Coffee from the roasted seeds.

– Beer and wine from fermented grains.

– In the Philippines, decoction of the root has been used for gonorrhea.

– Starch from the grain used as tonic and as restorative in convalescence.

– Seeds are prescribed for blenorrhagia.

– In Liberia, juice from the stem used as drops for eye irritation due to injury.

– Decoction and tincture of seeds are emollient in catarrhal affections, in bronchitis, and inflammatory conditions of the urinary tract.

– Seeds have been used as anti-inflammatory medicine.

– In Mexico, decoction or infusion of leaves used for diabetes.

– In Japan and China, spirit from seeds used for rheumatic affections.

– In China, used for cancer treatment (30-60 gm of coix, with glutinous rice as gruel, daily, year round. Used for dysfunctions of the endocrine system. Also, used for ascites secondary to liver cirrhosis.

– In Chinese traditional medicine, considered nutritious, demulcent, cooling, pectoral, and anthelmintic. Used for spleen invigoration, diarrhea, oliguria, edema, beriberi, appendicitis and warts. Also, used as food for the dyspeptic. Coix seed has been used in the preparations used in the treatment of tumors.

– In Europe, tincture or decoction of seed use for catarrhal afflictions of the air passages.

– In Vietnam stems are used in some diabetic recipes.

– In Japan, used for warts.

– Ornaments: The berries as strung as beads for rosaries and decorative for curtains, bags, trays, necklaces, etc.

Results showed the methanol seed extract of seeds of CL showed antiinflammatory properties which may involved the inhibition of NO and O2 production by activated macrophages.

Study on the antiinflammatory activities of six benzoxazinoids from roots of Coix lachryma-jobi var. Ma-yuen showed the free hydroxyl group in the benzoxazinone skeleton involved in the expression of inhibitory activity.

In a study of its in vivo effects on healthy volunteers, showed the Coix seeds increase peripheral cytotoxic lymphocytes and may be effective to viral infection through enhancement of cytotoxic activity.

Results of study of water extract of seeds suggest that some components other than the non-proteinous and defatted components in Coix lachryma seeds may contribute to activate macrophages through induction of NO for the biostatic activity.

Results of study of the water extract of adlay seed suggest it may be capable of reversing the osteoporotic status in rats and may be a helpful healthy food for osteoporosis prevention.

Results indicate the water extracts of adlay seeds are capable of inducing embryotoxicity and enhancing uterine contractility during pregnancy, possibly through the enhanced activities of PKC-alpha, ERK1/2 and COX-2.

Study on STZ-induced hyperglycemia in mice, the chloroform fraction of an ethanol extract significantly reduced blood glucose as well as gluconeogenic enzyme activities. Two compounds isolated, ß-sitosterol and stigmasterol, have been reported as hypoglycemic.

A review on the pharmacological actions of Coix seed and its preparation Kanglaite Injection reports antitumor and immunomodulating actions.

Fructooligosaccharide (FOS), a prebiotic was extracted from the grain of Coix lachryma-jobi Lin. The FOS-containing extract exhibited antioxidant activity by DPPH free radical scavenging assay comparable to vitamin with a slight lipid peroxidation inhibition activity. Results suggest a potential for use as antioxidant in food and cosmetic products.

Study evulated the effects of adlay seed hull extracts on liposaccharide-induced inflammatory response in RAW 264.7 macrophages. Study showed anti-inflammatory effect which was attributed, in part, to eriodictyol and ceramide (2S,3S,4R)-2-[(2′R)-2′-hydroxytetracosanoyl-amino]-1,3,4-octadecanetriol, isolated for the first time from seed hull extracts.

Pearl barley bran extract reduced the release of histamines and cytokines and suppressed the production of Akt. , combined effects that influenced the signal transuction in RBL-2H3 cells, revealing mechanisms of the anti-allergic effects of adlay.

Studies of the purification, characterization and primary structure of protein inhibitors of trypsin and -amylase from seeds of Job’s Tears (Coix lachryma-jobi) were undertaken. Endochitinase activity was demonstrated. The results suggest a first characterization of a plant protein with activity as an enzyme and as an enzyme inhibitor.