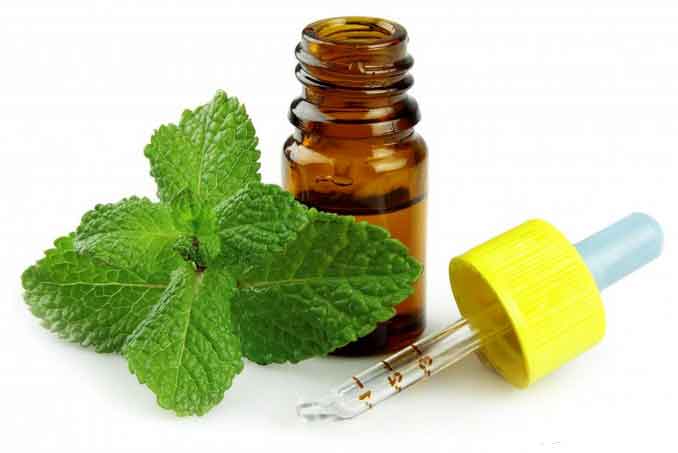 The use of peppermint herbal plant as tea and essential oil offer many health benefits. It helps to enhances memory and increases alertness, reduces stress and anxiety, good for stomach, colon and dental health, relieves pain and constipation, useful to treat allergies and upper respiratory track infections. Peppermint is good for skin  to treat various fungal infection including acne, shingles, herpes. It helps to treat hair fall problem. Complete detail list of peppermint herb benefits and uses are given below. Health benefits and uses of peppermint

Studies has indicated that Peppermint water is effective in the prevention of nipple pain and damage associated with breastfeeding.

In a study peppermint has shown anti-spasm properties during colonscopy.

Barium enema is a special x-ray of the large intestine, which includes the colon and rectum

Study indicate that peppermint is a simple, safe and inexpensive way to relieve spasm during barium enema.

Studies has found that intracolonic administration of peppermint oil during colonoscopy is a simple, safe, and convenient alternative to the systemic injection of a cholinergic blocking agent or glucagon for the control of colonic spasm.

In a study, water extracts of peppermint leaf have pain-killing properties.

Study has shown that aromatherapy with rosemary, lemon and peppermint helps relieve constipation in the elderly.

Study indicate that inhaling deeply 3 times a blend of essential oils of ginger, spearmint, peppermint, and cardamom,would be effective as a treatment for Postoperative nausea.

In another study peppermint essential oils are safe and effective against chemotherapy-induced nausea and vomiting.

Study has found that peppermint oil helps to relax stomach muscle and menthol found in peppermint helps to reduces the risk of abnormal intestinal contractions, such as spasms and intestinal paralysis

Another study has shown that peppermint oil may have therapeutic value in gastric emptying disorders.

Gasteric emptying determine how fast food leaves the stomach as food remaining in the stomach for an abnormally long time can cause various health problem. The potential use of peppermint oil reduces the risk of many functional gastrointestinal disorders.

In a study peppermint oil is found safe and effective in the treatment of irritable bowel syndrome.

Peppermint can be used as an effective mouth wash that helps to treat many dental problems like dental caries, gingivitis, remove foul smell from the mouth and maintain oral health.

In a study findings suggest that mouth care using an essential oil mixture of diluted tea tree, peppermint and lemon may be an effective method to reduce bad odor and volatile sulphur compounds.

Another study has shown that peppermint and rosemary extract are superior to the chemical chlorhexidine in preventing dental biofilm or plaque formation.

Peppermint has antimycobacterial action which means that it is useful in the treatment of diseases caused by members of the Mycobacteriumgenus, including tuberculosis (TB) and leprosy.

A study indicates that inhalation of the essential oil of peppermint has shown rapid positive changes in a tuberculous process, which appear as a rapider regression of tuberculous inflammation, causing small residual changes. It may prevent recurrences and exacerbations of pulmonary tuberculosis.

11. Useful in Dyspepsia or indigestion

Dyspepsia or indigestion is a vague discomfort in the upper abdomen or chest that may be described as gas,a feeling of fullness,gnawing,or burning.

Study states that peppermint and caraway oil have therapeutic value in non-ulcer and functional dyspepsia.

Baby colic or infantile colic is episodes of crying for more than three hours a day for more than three days a week for three weeks in an otherwise healthy child between the ages of two weeks and four months. It is a distressing and common condition for which there is no proven standard treatment.

A study findings suggest that peppermint may be used to help control infantile colic. It is at least as effective as the drug simethicone in the treatment of infantile colic.

Peppermint is effective in treating Allergic rhinitis or hay fever, which is inflammation or irritation of the mucous membrane  inside of the nose caused by an allergen, such as pollen, dust, mould or flakes of skin from certain animals.

Study has shown that peppermint may be clinically effective in alleviating the nasal symptoms of allergic rhinitis.

Aroma of peppermint essential oil impact on aspects of cognition and mood. It can be useful in many memory disorders like memory loss.

Study findings has shown that the aroma of peppermint enhances memory and increases alertness in human subjects.

Peppermint oil has shown to effective against many difficult to treat skin problems like shingles, postherpetic neuralgia

Study has found that peppermint oil appears to protect against stress-induced adverse changes. In an animal study peppermint has shown to prevent DNA damage and  exhibits chemopreventive properties when given to mice with chemically-induced lung cancer.

In a study peppermint protects against radiation-induced testicular damage.

Peppermint contains high amount of phenolic content, flavonoids content and flavonols that are responsible for antioxidant and radical scavenging activity. Due to which it protects the body from damages against free radicals and oxidative stress. This reduces the risk of many diseases associated with free radicals.

Study has found that peppermint tea has an anti-androgen effect.

Anti-androgen effect is useful for women to counteract the effect of male sex hormones such as testosterone on the skin. Anti-androgens are not suitable for skin problems in men.

Anti-androgen property  are used to treat signs of Androgen-Induced Diseases, including the skin and hair disorders such as acne, hair loss.

Pepper mint has strong antibacterial and antimicrobial activity that helps to protect the body against various infections.

Peppermint has antibacterial and antifungal properties that make it effective treatment and prevention against various bacteria, yeast or fungal infections including Candida Infection.

In a study, aqueous extracts from peppermint, sage and lemon balm leaves exhibit anti-HIV-1 activity, that can help in HIV Infections.

In another study, peppermint oil exhibits antiviral activity against herpes simplex viruses type 1 and 2, including an acyclovir resistant strain of HSV-1.

In a study, menthol, a key component of peppermint oil, enhances an antiproliferative activity of vitamin D in prostate cancer cells.

Bile is a complex fluid containing water, electrolytes and organic molecules including bile acids, cholesterol, phospholipids and bilirubin that flows through the biliary tract into the small intestine.Secretion into bile aid in fat digestion and absorption, eliminate cholesterol, and many other waste products from the body.

In vitro study has shown that peppermint oil stimulates bile fluid secretion and thus has a choleretic effect. Choleretics are substances that increase the volume of secretion of bile from the liver as well as the amount of solids secreted.

Ways to include peppermint in your life

Use peppermint essential oil to treat skin and hair problems like acne and hair fall.