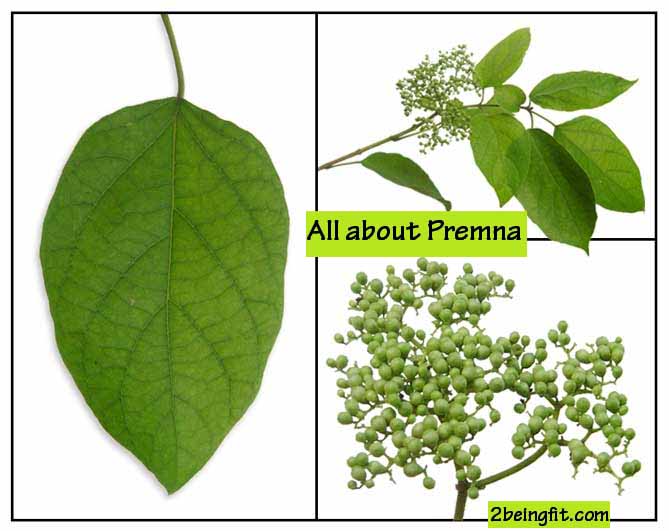 The scientific name of the fragrant premna is Premna odorata Blanco .

Premna is a small hairy tree, 3 to 8 meters high. Leaves are ovate to broadly ovate, 10 to 20 centimeters long, with broad, rounded, or somewhat heart-shaped base, and pointed tips. Under surface of the blade is usually covered with short hairs, aromatic when crushed. Flowers are greenish-white or nearly white, 4 to 5 millimeters long and borne on terminal inflorescences (cymes) 8 to 20 centimeters in diameter. Fruit is fleshy, dark purple, rounded, about 5 millimeters in diameter.

– Common In thickets and secondary forests at low altitudes.

– Leaves do not contain alkaloid, tannin, saponin or cyanogenetic substance.

– Study isolated ten 10-O-acylated derivatives of catalpol and asystasioside E from a 1-butanol-soluble fraction of a methanol extract of leaves.

Young leaves used in the cooking of “paksiw” and “bopis.”

· In the Philippines, sugared decoction of leaves with a little “calamansi” as tea helps loosen up phlegm and effective for coughs.

· Decoction of leaves for fever and colds, cough and bronchitis, fever blisters of the lips and stomachaches.

· “Kochoi,” a local patent preparation, is claimed to benefit tuberculosis.

· Decoction of leaves used for flatulence (gas pains) in adults; in children, crushed leaves mixed with a little coconut or sesame oil are applied to the abdomen.

· Crushed leaves applied to forehead and temples for headaches.

· Leaf decoction has been used for tuberculosis.

· Roots are chewed and the saliva swallowed for cardiac troubles.

· Infusion of leaves is carminative.

· Decoction of roots, leaves, flowers, and fruits used as sudorific, pectoral, and carminative.

· Decoction of shoots used as parasiticide.

· Decoction of leaves used for bathing infants; also used as treatment for beriberi.

· Extract of leaves for cleaning wounds and for ticks and fleas.

Dried leaves and bark used for fumigation of poultry houses, reportedly effective for getting rid of lice and ticks. (11)

• Decoction of leaves and flowering tops used as vaginal wash or douche; antiseptic properties make it useful for cleansing and incorporation with bath-care products.

Study of methanol extract of leaves of Premna odorata exhibited a promotion of collagen network formation by M cells and isolated acetoside, an phenylethanoid with a variety of biological activities. Acetoside may contribute to wound healing. (1)

A study of 155 extracts from 93 species of plants in Malaysia screened for in vitro photo-cytotoxic activity using a human leukemia cell line, P odorata was one of 29 plants that was able to reduce in vitro cell viability by more than 50% when exposed to broad spectrum light. (3)

In a study of 18 medicinal plants in New Caledonia evaluated in vitro against several parasites, Scaevola balansae and Premna serratifolia were the most active against Leishmania donovani. (5)

Various extracts were tested against E. Coli. A 100% ethanol bark extract showed activity against E. coli, while aqueous extract concentrations were inactive against E. coli. However, the inhibitory activity could not compete with ciprofloxacin. (7)

Study of leaves isolated diosmetin and acacetin. Diometin has been commercially available as the glycoside diosmin, used as a vasotonic agent for the treatment of varicose veins, hemorrhoids and other venous diseases.

Study reports the biosynthesis of silver nanoparticles using an ethanolic leaf powder extract of Premna serratifolia L. and its anticancer activity in carbon tetrachloride-induced liver cancer in Swiss albino mice. The silver NP were effective in treating liver cancer in mice when compared with P. serratifolia leaf extract with isoleucine. (12)

Study evaluated the antitubercular property of crude extract and sub-extracts of leaves and isolated the bioactive principles from active fractions. Crude methanolic extract and sub-extracts showed poor inhibitory activity against MTb H37Rv. However, increased inhibitory potency was seen from fractions eluted from the DCM extract. Purification of the most active fraction yielded 1-heneicosyl formate (1), 4:1 mixture of β-sitosterol (2), stigmasterol (3) and diosmetin (4). Compound 1 had an MIC of 8 µg/mL. (14)