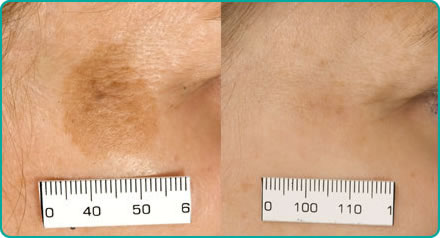 When a person enters the old age, the brown “age spots” will start appearing on the face and back of the hand. It is generally believed that the generation of senile plaques is related to the damage of free radicals to the body, because as the age increases, the body’s ability to scavenge free radicals decreases, and these substances will rapidly oxidize the body’s unsaturated fatty acids and form age spots.

For the elderly who are troubled by age spots, try a cup of honey ginger water every day. This is because Chinese medicine believes that the generation of age spots has a certain relationship with the poor operation of blood.

Ginger has the effects of sweating, warming, vomiting, warming lung and relieving cough, detoxification, etc. The effect of spleen temperature can promote the operation of blood. Modern medical research has also shown that the spicy ingredient “Gingerol” contained in ginger has a strong antioxidant effect, can quickly scavenge free radicals, inhibit the production of lipid peroxides in the body, and thus prevent or reduce lipofuscin deposition.

The honey  has detoxification  as well as moistening properties. It act as a tonic that helps to promote human blood metaplasia, maintain normal blood functioning.

When the water temperature is cooled below 60°C, then  add 10~15g honey and mix well.

It should be noted that when adding honey, the water temperature should not be too high, otherwise it will destroy the vitamin C and reduce its antioxidant capacity.

Long-term adherence to taking, not only can help prevent the growth of age spots to a certain extent, but also can gradually reduce the age spots that have already appeared.

Finally, it is import to keep certain things in mind like ginger is warm in nature. So people who has  gums problems , mouth ulcers , constipation and other “fire” symptoms , should not drink too much ginger honey water.