Ruellia tuberosa is a low-growing perennial herb with tuberous roots, growing to a height of a foot or more. Leaves are opposite, elliptic, short petioled, abruptly narrowed at the base, with undulate margins and up to 12 centimeters long. Flowers are showy, with funnel-shaped, 5-lobed corolla, up to 5 centimeters across, and mauve or light bluish purple. Fruit is a pod with 7 to 8 seeds, bursting open and hurtling the seeds when it gets wet.

In open waste places in the many parts of the world. 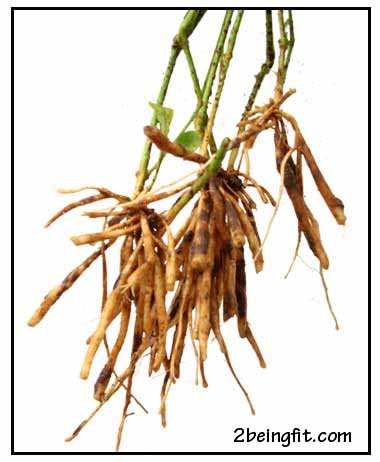 • In Trinidad and Tobago, used as a “cooling” agent, for urinary problems and high cholesterol.

• In Suriname’s traditional medicine, used as anthelmintic; for joint pains and muscle strain. Also used as abortifacient. Root is used against kidney diseases and whooping cough. Infusion used for clenasing the blood.

• In the Cayman Islands, used for heart ailments.

• In Grenada, used for common colds, fevers and hypertension.

• In the Dominican Republic, an ingredient in a concoction for a male potency drink.

Study showed that Rubellia tuberosa possesses potent antioxidant activity. The results provide information on its antioxidant related activity in its use in traditional folk medicine.

Wild-crafted.
Seeds and herbs in the markets.