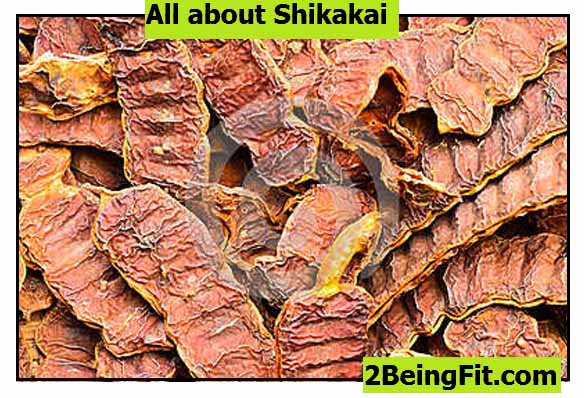 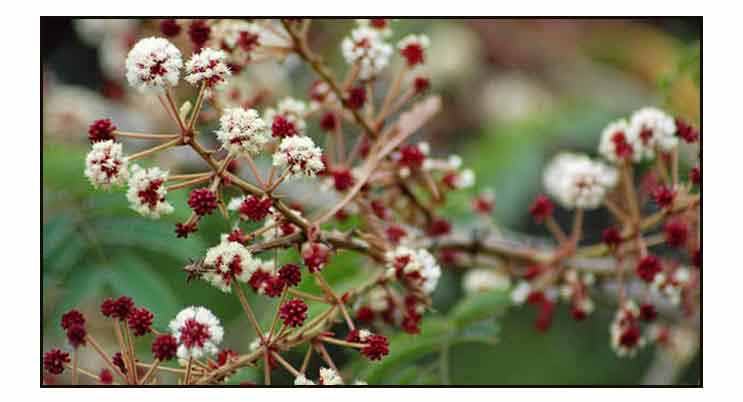 Shikakai, or soap nut or Acacia concinna is a scandent, prickly shrub reaching a height of 4 to 5 meters. Branches are gray and armed with short, sharp prickles. Leaves are pinnately compound, 15 to 25 centimeters long, and with 8 to 10 pairs of pinnae. Rachis has one gland near the base, and one of two near the apex. Leaflets number 20 to 32 pairs on each pinnae, are linear-oblong, 8 to 10 millimeters in length, with a pointed tip and subtruncate base. Midrib is oblique. Panicles are terminal, in the upper axils, and ample. Heads are yellow, about 1 centimeter in diameter. Pods are straight, somewhat fleshy, flat, 7 to 10 centimeters long, and about 2 centimeters wide.

– In Benguet, La Union, and Ilocos Sur Provinces in Luzon, in thickets at low and medium altitudes.

– Also occurs in India to southern China and Malaya.

– Pods used as deobstruent in cases of jaundice and other biliary derangements.

– Decoction of pods used for biliousness and as purgative.

– Fruit pods, leaves and bark are dried, powdered and made into paste to make a hair cleanser.

– In India and Sri Lanka, decoction of pods used for washing the hair to promote hair growth and remove dandruff.

– In Thailand, dried pods use as laxative, antidandruff, antitussive and for skin diseases.

– In Myanmar, India, and Thailand, leaves used to prevent diabetes and skin diseases.

Cosmetic: Ingredient in many cosmetic products.

Study of methanolic fractions showed Th1 and Th2 helper cell activity. At dose of 40 ug it can be used as a vaccine adjuvant to increase immune responses. (5)

Study of extracts was done against 35 isolates of dermatophytes and isolates of C. albicans, Cryptococcus neoformans and Penicillium marneffei. Results showed antifungal effectiveness.

The benzene, methanol and aqueous extracts of fresh pods of A. concinna showed maximum activity against K. pneumonia, B. subtilis, E. coli. (6)

Study in female rats fed with fraction of AE of Acacia concinna showed arrest in the diestrus stage, reduction in pregnancy and implantation, depletion in FSH, LH and estrogen levels. Results showed the acerone fraction of aqueous extract of Acacia concinna can be used as herbal contraceptive without any undesirable side effect. (7)

Study for volatile compounds yielded fatty acids as main constituents, such as palmitic and linoleic acid with rather high amount of furfural and 5-methyl-2-furfural. Esters identified were methyl salicylate, methyl palmitate, isopropyl palmitate, and linalool oxide. The compounds may contribute to the aroma of Som Poy. (11)

Sri Lankan use Siyakkai (Acacia concinna) hair wash as home remedy for Pityriasis capitis. Placebo-controlled study evaluated the efficacy of the hair wash prepared from 10g of powdered pods of A. concinna to 240ml of boiled water. Patients treated with SHW showed symptomatic relief in scaling, itching, dryness, and greasiness of scalp after treatment. (14)

Eight plants including Acacia concinna were evaluated for antioxidant and anti-thrombotic activities. Five out of eight plants, including A. concinna, exhibited more than 85% inhibition against collagen induced platelet aggregation. Results suggest A. concinna have potential for development as an anti-thrombosis agent. A. concinna yielded polyphenol contents of 78.4±2.4 mg/g GAE and 7.8 % GAE, with DPPH IC50 of 0.35±0.018 mg/ml and IC50 Superoxide 0.30±0.013 mg/ml. (15)

Study reports on a simple, efficient, and environmentally benign protocol for the synthesis of 3-carboxycoumarins and cinnamic acids via Knoevenagel condensation using aqueous extract of Acacia concinna pods as a naturally occurring surfactant type catalyst. (16)

Study evaluated six Thai plant species for antioxidant activities. Tamarindus indica, Acacia concinna, and Bauhinia malabarica exhibited the most potent inhibition effect on the formation of Heinz body by acetyl phenylhydrazine. A. concinna could inhibit up to 1:40 dilution. (17)

Study investigated the development of HCV replication inhibitors by the volatile compounds extracted from Acacia concinna which is follow by molecular docking against NS5B polymerase. The interaction of the extracted compounds showed their antiviral properties against SC5BP which could be used in further analysis for inhibition of HCV replication. (18)

Shikakai powder and shampoo in the cybermarket.