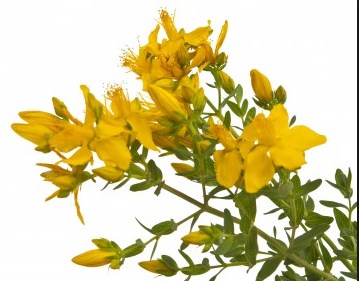 benefits of using St.John’s wort herb include natural alternative to anti-depressant as it helps with depression, helps in decreasing the frequency of hot flashes, improve menopausal symptoms and promote wound healing.

How to use St.John’s wort herb?

Don’t stop taking St. John’s wort all at once, because that may cause unpleasant side effects. Gradually lower the dose before stopping.

Studies has shown improvement in menopause symptoms within 12 weeks of using this herbal remedy. In another study , St. John’s wort herb reduces the frequency of hot flashes, fewer sleep problem and improve overall quality of life in perimenopausal women.

Clinical studies suggest taking 600 mg of St.John’s wort extract daily is effective and safe in the treatment of somatoform disorders.

Other uses of St.John’s wort herb which has been proven ineffective are:

There are some other uses of St.John’s wort herb which has insufficient evidence to rate their effectiveness.

Major interaction with following medications, avoid it at all cost.

Moderate interaction, but be cautious with following combination

Interaction with other herbs or supplements

It is always necessary to inform and consult health physician before trying any alternative medicine.