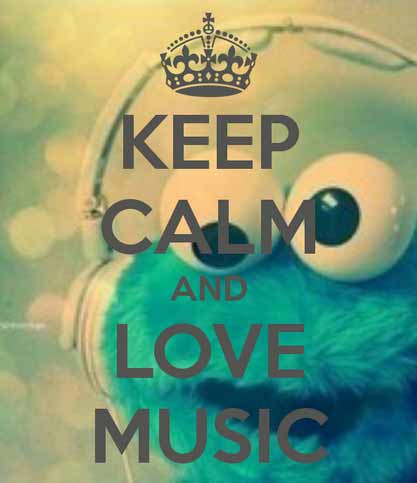 Music therapy is a psychotherapeutic method that uses musical interaction as a means of communication and expression. Music alters the different components of the disease through sensory, cognitive, emotional, behavioral and social impacts. Listening to music as a means of inducing a sense of calm and relaxation has been known for some time.

Listening to music can act as effective antidepressive agents that can be great help to people who are dealing with depression. All types of music can be used as listening material, depending on the preferences of the listener. So, it is recommended that the listeners are given choices over the kind of music which they listen to.

In Meta-analysis studies, music listening is effective in reducing depressive symptoms in adults.

Meta-analysis study has found that music therapy may be beneficial for gait improvement in people with stroke.

Music therapy has been used in rehabilitation to stimulate brain functions involved in movement, cognition, speech, emotions and sensory perceptions. It may help to improve quality of life in people with acquired brain injury. Acquired brain injury (ABI) can result in impairments in motor function, language, cognition, sensory processing and emotional disturbances.

Another study indicates that music-supported therapy leads to marked improvements of motor function after stroke and that these are accompanied by electrophysiological changes indicative of a better cortical connectivity and improved activation of the motor cortex.

According to a study, background music can be an effective tool to increase emotional understanding in children with autism, which is crucial to their social interactions.

A study  found significant evidence supporting the value of music therapy in promoting social, emotional and motivational development in children with autism.

Study has also shown that music therapy may help children with autistic spectrum disorder to improve their communicative skills.

Music therapy is one of the safe, cheap and easy to learn method to treat insomnia. Sleep disorders may result in fatigue, tiredness, depression and problems in daytime functioning. Music can reduce sympathetic nervous system activity, decrease anxiety, blood pressure, heart and respiratory rate and may have positive effects on sleep via muscle relaxation and distraction from thoughts.

Sleep is a complex rhythmic state that may be affected by the ageing process. In another study, listening to soft soothing music improves sleep quality in older adults.

The intervention of music demonstrates communication between the mind and body. According to a study, exposure to Bach’s music significantly alters biological parameters in patients with infectious lung conditions.

Another study has shown that soothing music can support relaxation and increase oxytocin levels during bed rest after open-heart surgery or cardiovascular surgery.

A study has found that listening to soft music and inhaling Citrus bergamia essential oil was found to be an effective method of relaxation, as indicated by a shift of the autonomic balance toward parasympathetic activity in young healthy individuals.

Music stimulation has been shown to provide significant benefits to preterm infants.

In a study, live music therapy is associated with a reduced heart rate and a deeper sleep at 30 minutes after therapy in stable preterm infants.
Baby birth labor or delivery

During labor, women experience a high level of intense, stressful and steady pain that may negatively affect both mothers and neonates. Painkillers have previously been used for childbearing women, but nowadays, owing to some well-known limitations and serious side effects, nonpharmacologic methods such as massage and music therapies are being broadly recommended.

Study has found that massage or therapeutic touch compares favorably to music therapies to relieve the severity of labor pain.

Music therapy can be a effective hypertension reliever.

Studies has shown that music alters constitutively expressed opiate and cytokine processes in listeners, resulting in physiological changes such as reduced blood pressure.

A study indicate that music during planned caesarean section under regional anaesthesia may improve pulse rate and birth satisfaction score.

In another study, postoperative use of patient-selected music in cesarean section surgery would alleviate the pain and reduce the need for other analgesics, thus improving the recovery and early contact of mothers with their children.

Music therapy can be effective in women with diagnosed fibromyalgia, work-related repetitive strain injury/osteoarticular diseases (RSI) and diseases related to the spinal column.

A study has shown that music reduces symptoms of muscular-skeletal pain.

According to a study, music therapy as an addition to standard care helps people with schizophrenia to improve their global state and may also improve mental state and functioning.

In another study, music therapy has therapeutic value for people with schizophrenia and schizophrenia-like disorders.

According to a study, music therapy decreased congestive heart failure in elderly patients by reducing plasma cytokine and catecholamine levels.

Music therapy is an easily applicable technique that can be useful in treating anxiety and depression in a patient with Alzheimer’s disease and also in relieving the emotional and physical burden experienced by the main caregiver.

Study has shown that music therapy has a positive effect in treating anxiety and depression in patients suffering from Alzheimer’s disease.

Music act as histamine antagonists. Histamine is a natural substance produced by the body during times of stress and allergy. Receptive music therapy (rMT) not only provides a good feeling but also a more effective healing process and mastery of stress.

Maternal breast milk is considered the nutritional “gold standard” for all infants, especially premature infants. However, preterm mothers are at risk of not producing adequate milk. Multiple factors affect the production of milk, including stress and fatigue.

Study has shown that music-based listening interventions improve the volume, fat content, and caloric content of breast milk-produced by mothers of premature and critically ill infants.

Another study has shown that music may facilitate neurogenesis, regeneration and repair of neurons.

According to an animal study, music reduces anxiety in female mice through modulating progesterone or progesterone metabolites.

Music has found effective in many learning and aging disorders.Playing a musical instrument is an intense, multisensory, and motor experience that usually commences at an early age and requires the acquisition and maintenance of a range of skills over the course of a musician’s lifetime. Thus, musicians offer an excellent human model for studying the brain effects of acquiring specialized sensorimotor skills.

In a study, music making may represent an interactive treatment or intervention for neurological and developmental disorders, as well as those associated with normal aging.