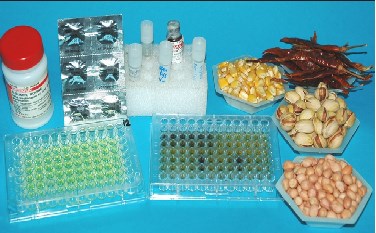 Other than harmful UV rays there are many carcinogens products used in everyday living. It is important to identify them and stop using them right away for safe and better health.

Acetaldehyde is a flavouring compound present in many beverages and foods. In alcoholic beverages, acetaldehyde may be formed by yeast, acetic acid bacteria, and by coupled auto-oxidation of ethanol and phenolic compounds.

Acetaldehyde is a carcinogen that can promote cancer development through multiple mechanisms, including interference with DNA replication, induction of DNA damage, and formation of DNA adducts.

Aflatoxins or mold Vs Liver cancer

Aflatoxins are toxic byproduct of mold or fungi in/on foods that can cause DNA damage.  With prolonged exposure to aflatoxin, cells accumulate DNA mutations and thus are at increased risk of developing into cancer cells. Humans are exposed to aflatoxins by consuming foods contaminated with products of fungal growth.

Areca nut use increase the risk of developing cancer. Other conditions that have been associated with use of areca nut include cardiovascular disease, diabetes mellitus, and asthma, all conditions with a high prevalence in the Asian community in the United Kingdom.

The small pieces of areca nut are mixed with several other ingredients, sometimes including tobacco, wrapped in a betel leaf and chewed , commonly known as paan.

Aristolochic acid (and plants containing it ) Vs Kidney, urothelial cancer

Chronic exposure to Aristolochia toxins is associated with the development of renal interstitial fibrosis (AAN) and urinary tract carcinoma. Cases of AAN have been reported in France, Spain, Japan, UK and Taiwan.

Estrogen exposure is a major determinant of the risk of breast cancer. The use of adernal steroid maximizes the stimulated estrogenic breast tumor growth cell proliferation by approximately 3-fold and the cell number was increased up to 4-fold.

Formaldehyde is volatile, toxic and known carcinogen. It’s main sources in the home include pressed-wood products, cigarette smoke, and fuel-burning appliances. It is often used as disinfectant due to which some topical creams, cosmetics and personal hygiene products contain derivatives of formaldehyde as the active ingredients that prevent the growth of potentially harmful bacteria. It is also used in nail varnish or/and nail hardeners.

In some places like China , formaldehyde is illegally used as food preservatives, which cause vomiting, abdominal pain, dizziness, and in extreme cases can cause death. Foods known to be contaminated include noodles, salted fish, tofu, chicken and beer.

Research studies of workers exposed to formaldehyde have suggested an association between formaldehyde exposure and several cancers, including nasopharyngeal cancer and leukemia.