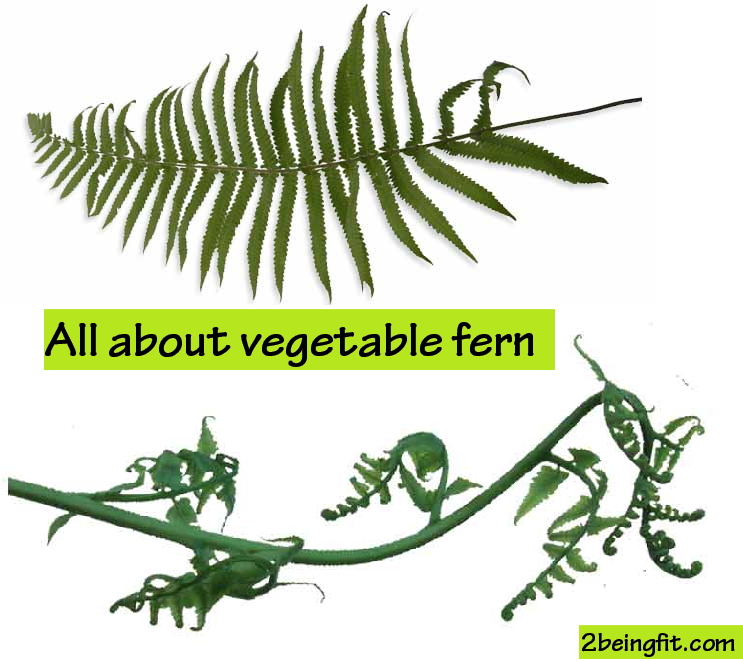 The scientific name of the vegetable fern is Diplazium esculentum (Retz.) Sw.

Vegetable fern is a terrestrial fern with a creeping rhizome and stout black roots on the undersurface. Compactly situated leaves are borne spirally, reaching a height of 1 meter or more. Rhizome bears narrow, tapering toothed scales, about 1 centimeter long. Leaves are 2- or 3-pinnate; 50 to 80 centimeters long; the pinnules are lanceolate, 5 centimeters long, and rather coarsely toothed. Sori are superficial and elongate, arranged in pairs on the side of the veins or veinlets.

– Widely distributed, common on gravel bars and banks of streams.

– Found from India to Polynesia. Constituents 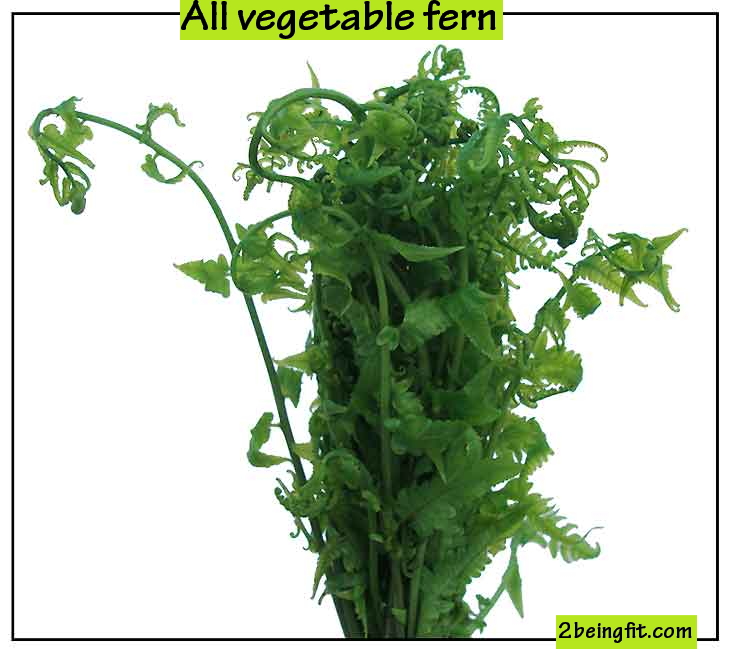 – Widely distributed around the world.

· Young fronds are eaten as a leafy vegetable, raw or cooked; or as an ingredient in salads or stews.

· A good source of calcium, phosphorus, iron and vitamin B.

· Decoction of the rhizomes and young leaves, simple or sugared, used for hemoptysis and coughs.

Scientific studies on health benefits and uses of vegetable fern

In a study of the antioxidant activity of shoots of three selected local vegetables, results showed significant differences in the boiled and fresh samples of the vegetables. D. esculentum rated 2nd (fresh) and 5th (boiled).

In a study of the methanolic extracts of leaves, stems and roots of four ferns for activity against A. niger, R stolonifer and Candida albicans, results showed a broad spectrum of antifungal activity for D. esculentum leaves.

Study of aqueous and alcoholic extracts of DE showed activity against human and plant pathogenic bacteria like E. coli, Salmonella arizonae, S. typhi, Staph aureus. Tetracycline was the reference standard antibiotic. All extracts mixed in equal proportion with the antibiotic were more effective against the bacteria than the antibiotic alone.

Pta, a nor-sesquiterpenoid glycoside is considered clastogenic, mutagenic, and carcinogenic. A few samples of Diplazium esculentum showed moderate levels, while most samples had no detectable Pta presence.

Study evaluated the immunosuppressive and hemolytic activities of boiled D. esculentum in Swiss albino mice. BDE fed mice showed a significant decrease in body weight and relative spleen weight. There was significant dose-dependent decrease in the number of cultured splenocytes and dose dependent increases in percentage inhibition of splenocyte proliferation as well as percentage hemolysis by in vitro assays. Results suggest consumption of D. esculentum is alarming and may act as an immunosuppressive agent.

Study evaluated the analgesic activity of various leaf extracts of D. esculentum using acetic acid induced writhing in a mice model. An aqueous extract showed potent analgesic activity with marked beneficial effects against central and peripheral inflammatory pain models. The protective action may be attributed to the presence of flavanoid and sterols.

Study describes the biosynthesis of silver nanoparticles with the leaf powder used as both reductant and stabilizer. Study also studied the NP as catalyst in degradation of methylene blue and rhodamine dyes and investigated the ability of AgNPs to inhibit coagulation of human blood plasma.