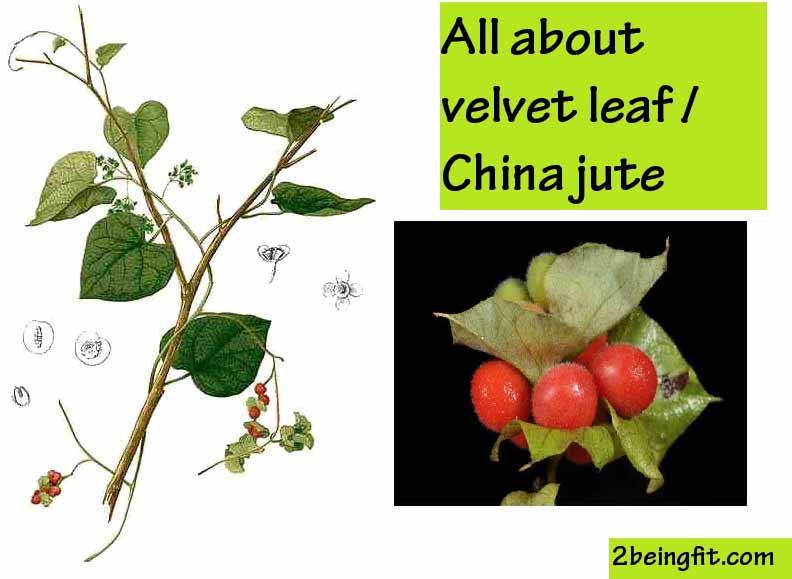 The scientific name of the velvet leaf is Cissampelos pareira Linn.

– Found throughout tropical and subtropical regions of India, East Africa,and the American tropics.

– Plant yields isoquinoline alkaloids; tetrandrine, the most documented of 38 alkaloids.

– A yellow, bitter matter is considered the active principle.

– Leaves and roots used for treatment of ulcers.

– In India, used as stomachic. Tribal people use the plant to prevent pregnancy.

– Decoction or extract of the root is used for acute and chronic cystitis.

– In Mexico, infusion of roots used for nephritic colic and vesicular calculus.

– Root used as emmenagogue; for treatment of urinary and venereal diseases.

– In Reunion and Madagascar, used to dissolve stones.

– In some places in India, commonly used as antifertility agent.

– In South America, called Midwives’ herb, with its long history of use for women’s ailments.

– In the Amazon, used for menstrual cramps, menorrhagia, pre- and post-natal pains.

– In Guyana, poultice of leaves used topically for pain relief.

– The Creoles in Guyana soak the leaves, bark and roots in rum for use as aphrodisiac.

– Rope: Bast fibers of the bark are made into rope.

Study of the ethanolic extract of roots of CP exhibited a dose-dependent inhibition of castor-oil induced diarrhea while also significantly and dose-dependently reducing intestinal fluid accumulation and gastrointestinal transit.

Study of the leaf extract in female albino mice showed an antifertility effect, altering the pattern and prolonging the length of the estrous cycle with a significant increase in the duration of diestrus stage and significant reduction of number of litters. Hormone analysis showed altered gonadotropin release (LH, FSH and prolactin) and estradiol secretion.

Study of the hydroalcoholic extract of roots of CP forestomach cancer and carcinogen metabolizing enzymes showed the enhanced GSH level and enzyme activities involved in xenobiotic metabolism and maintenance of antioxidant status of the cells suggest a chemopreventive efficacy of CP against chemotoxicity, including carcinogenicity.

In a comparative evaluation of the diuretic potential of the methanolic root extracts of C. pareira, Cyclea peltata and Stephania japonica, all the extracts showed dose-dependent diuretic effects. (C. peltata showed the highest diuretic activity).

Study evaluated the diuretic activity of ethanolic extract of leaves in albino rats. Results showed significant increase in urine output along with increase concentration of sodium, potassium and chloride.

Study evaluated the anthelmintic activity of the whole plant of Cissampelos pareira against earthworm using alcoholic and aqueous extracts in various concentrations. Both extracts showed significant activity with the aqueous extract being more effective.

A 50% aqueous ethanolic extract was found safe in acute and subacute toxicity screening.